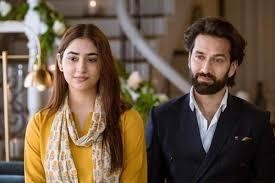 It was earlier seen that Ram will come to know that Shivi wants to marry her boyfriend Akki but he is not ready to marry her as he wants his elder sister Priya to get married first.

This will lead to an unusual relationship between Ram and Priya as they will get connected due to Akki and Shivi.

Ram and Priya are currently not looking forward for any kind of relationship in their life as they feel that they have crossed the age of marriage.

However due to shocking twist in storyline the two will eventually get married and fall in love with each other.