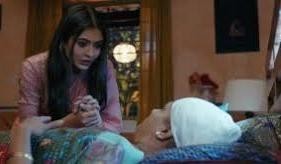 Sharda will further reveal that she hence wanted Mandar and Pallavi’s relationship to break and was happy to know that he died.

This is going to be a huge revelation as no one in the family knew that Sharda is hiding such important information from them.

Pallavi will also be hurt as Sharda didn’t tell her about the fact that Mandar killed her best friend.

Though Mandar will try to rubbish the allegation and run away from them but Raghav will not allow them to do so.

Will Pallavi be able to forgive Sharda for hiding the truth or not?