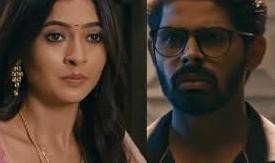 Star Plus show Mehndi Hai Rachne Waali is revolving around Mandar and his hideous act of trying to kill his own mother.

It was earlier seen that Mandar pushed his mother from the terrace of his house but fortunately a young youtuber captured the entire video on his camera and started blackmailing Mandar.

Pallavi will very smartly take the video from the young man and will play it in front of the entire family.

Though the family will be shocked to see Mandar’s hideous act but will not be able to believe it as they have full faith on their son.

However Pallavi will soon reveal the real truth behind Mandar’s memory loss drama and will try to expose Mandar in front of Vijay and the rest of the family members.

Will Vijay be able to believe Pallavi and her unusual claim or not?