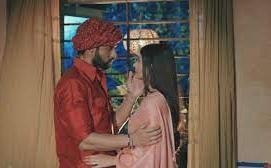 Star Plus show Mehndi Hai Rachne Waali is revolving around Mandar and his hideous act of trying to kill his own mother.

It was earlier seen that Mandar pushed his mother from the terrace of his house but fortunately she survived the attack and got paralysed.

Between all the drama a young Youtuber will capture this incident in his camera and will try to blackmail Mandar that if doesn’t give him money then he will make the video viral.

This incident will leave Mandar scared as he doesn’t want anyone to spoil his game and take Pallavi away from him at any cost.

Pallavi and Raghav on the other hand get some clues about this incident and will try to know the whereabouts of the youtuber and get the video from him.

Will Mandar be able to save himself or not?