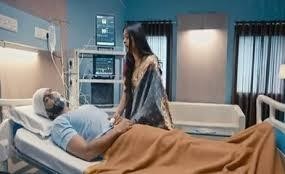 Star Plus show Mehndi Hai Rachne Waali is one of the best shows on the channel.

It was earlier seen Raghav will meet with a shocking accident and this will throw him in the mouth of death.

However Pallavi will not give up and bring Raghav back from death.

Krishna will soon make Pallavi realise that she has fallen in love with Raghav and hence need to confess her feeling.

Pallavi will think about it and will make up her mind to tell Raghav that she loves him a lot.

Raghav on the other hand has no clue that Pallavi is going to tell him the three golden words.

Will Raghav and Pallavi be able to unite or not?