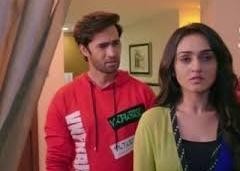 It was earlier seen that Reema is not happy with the way things have changed in her life.

She wanted to marry Aarav but instead Simar took her place and got married to him.

Shockingly Reema will target Vivaan as she knows that he had soft corner for her.

Reema will shed crocodile tears for her as she wants Vivaan to get trapped in her plan and later marry her so that she can enter Oswal house once again as a Bahu.

Vivaan is not aware of what is playing in Reema’s head and will therefore fall in her trap.

It would be interesting to know what happens next on the show.