MHRW: Pallavi on secret mission to know about Raghav past life (Upcoming Twist) 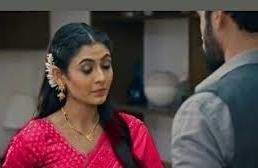 It was earlier seen that Pallavi will come to know that Jaya Kirti and Raghav have a bitter past that is hidden from the entire world.

Raghav in past has done a huge blunder due to which his own family has disowned him and thrown him out of their life.

Pallavi wants to know about the secret as she feels that this secret will help her know Raghav more clearly.

She will keep pressurising everyone who has an idea about this truth but no one is willing to share about it.

After lots of effort she will finally convince Raghav to share about his past with her.

Will Pallavi be able to digest this truth or not?