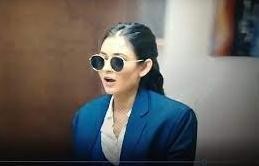 It seems that Pallavi will wear Raghav’s clothes and mimics him in front of Jaya.

She will tell Jaya that Raghav is a phuski bomb and is scared of her.

Pallavi is not aware of the fact that Raghav is secretly listening to her and enjoying her drama.

Jaya will come to know that Raghav is listening to her talks and tries to stop her but Pallavi will not understand her and will be enjoying making fun of Raghav.

Raghav falls in love with Pallavi

Later Raghav will come in front of Pallavi and this will leave Pallavi speechless.

Will Pallavi and Raghav be able to bond or not?