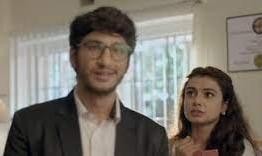 It seems that Malini will reveal in front of everyone that she wants to leave Aditya and get married to her boyfriend.

Malini will put up a fake story in front of the family that she is in love with Kunal and hence wants a divorce from Aditya.

However Imlie will soon uncover the truth that the man whom she is calling Kunal is actually Paras a lawyer.

Imlie will take Paras in her confidence and expose her lie in front of the family as she doesn’t want Malini to face humiliation for the deed she has never committed.

Paras will also agree to support Imlie and not Malini as he will get impressed by Imlie’s innocence.