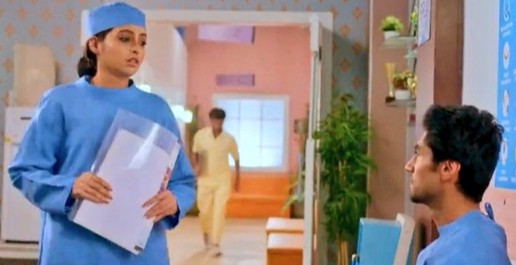 Star Plus's popular hit show Yeh Rishta Kya Kehlata Hai is all set to keep it's audience hooked to their Television screens with it's high voltage drama. The show is up for many twists and turns.

Recently We have seen that Akshara is then sent to Birla house after Bidaai which was emotional for the Family and Akshara.

She was adviced to keep the Family together as it is her responsibility while Akshara panics thinking about her new Life at Birlas.

The Story takes an interesting turn when Abhimanyu gets a call from the Hospital telling him about the emergency before they can enter the house.

Abhimanyu leaves without completing the Rituals while Aarohi too joins him in the Hospital.

Akshara waits for Abhimanyu to come back so that they can perform the post Marriage rituals but unfortunately he doesn't get back.

Abhimanyu wants to go to Akshara but Aarohi doesn't let him go back to Akshara by making up some excuses or by deliberately creating issues in the Hospital to stop him.

Aarohi then changes her colors like a chameleon and comes out with her true intentions to never let Abhimanyu and Akshara enjoy their Marriage Phase.

Aarohi vows to become the wall in between them and make Abhimanyu realise her worth.