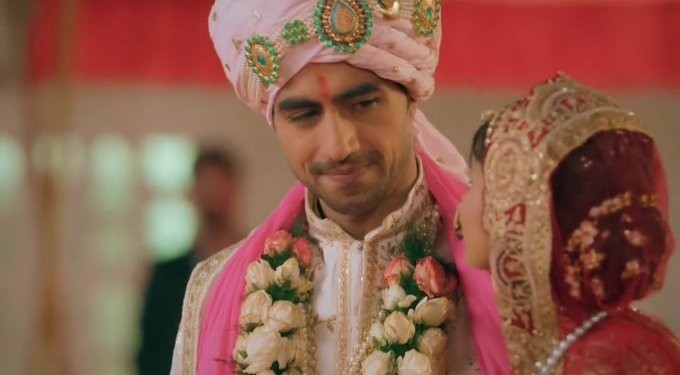 In the Upcoming track of the popular hit show from Star Plus Yeh Rishta Kya Kehlata Hai the audience are going to witness high voltage drama. The show is gearing up for many twists and turns.

Recently We have seen that Abhimanyu and Akshara finally get Married grandly with lots of happiness and excitement.

However Akshara gets hurt on her big day when she hears two guests saying to Harsh that Abhimanyu is such a famous doctor hence he would have gotten Married to one.

Harsh tells him that Abhimanyu didn't even try once to get Married to anyone as he has already fallen for Akshara.

Unfortunately Akshara feels bad and inferior hearing his words. Her smile vanishes on her big day.

The Story takes an interesting turn when Akshara thinks that she is not worthy enough for Abhimanyu and tears form in her eyes.

She decides to hide this from Abhimanyu not wanting to create rift between them.