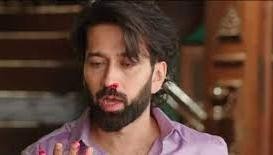 It seems that Ram will fall ill suddenly and will start vomiting blood out.

Vedika will be seen coming to Kapoor house and creating a huge scene and making sure that everyone knows that she is concern about Ram.

Vedika will be seen getting angry with Priya and will blame her for making Ram eat something that has caused this reaction.

Priya will very smartly make Vedika understand that she is Ram’s wife and hence doesn’t need her advice on how to treat Ram.

Vedika will be shocked to see the way Priya handles the situation and very smartly expose her fake concern.

Will Vedika allow Ram to come near Priya or not?

Will Ram get well soon or not?