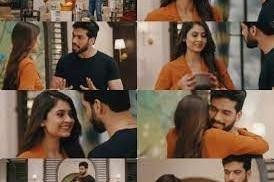 Star Plus show Mehndi Hai Rachne Waali is revolving around Esha making up her mind to create rift between Raghav and Pallavi.

It seems that Esha will soon reveal in front of Pallavi that it’s Jaya’s birthday and hence she will plan a big surprise for her.

However Pallavi is not aware of the fact that on the same day Jaya lost her husband and son and hence she has stopped celebrating her birthday from that day.

Raghav will get angry with Pallavi for not being sensitive enough and making Jaya go through the pain.

Pallavi and Raghav will once again start fighting with each other and Esha and Sunny will enjoy it.

Esha and Sunny have made up their mind that they will create huge differences between Raghav and Pallavi and will break their alliance forever.

Will Pallavi be able to understand Esha’s evil act before it’s too late?