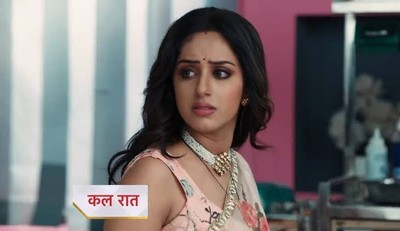 Star Plus popular daily soap Yeh Hai Chahatein is gearing up for interesting twist and drama.

While instead of Rudraksh, Preesha falls prey and she rather makes a sacrifice for Rudraksh.

Preesha gets herself arrested in charges of murder of Sania and let Rudraksh free.

Arman can't take it rather he had set all plan for Preesha and all his plan backfires.

Arman tries to stop Preesha's arrest and blames Rudraksh for the same but Preesha says that she is accepting the crime.

Preesha gets arrested and Arman is left puzzled as what to do next as Preesha flops his plan in drastic way.

What more drama and dhamaka is awaited ahead and how will situation changes next.

YHC: Armaan's reverse game for Preesha to win her back

YHC: Armaan's reverse game for Preesha to win her back St...