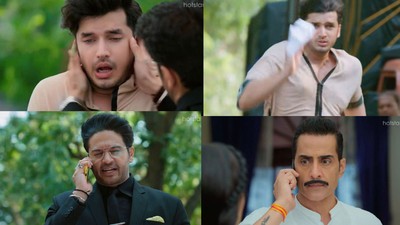 Samar and Rohan had a huge fight and hereafter Rohan will play an ugly trick here.

Rohan will play ugly trick and will get Samar arrested in charges of attacking him.

Samar and Nandini wins the battle

Anuj is shocked as Samar comes and reveals about fight and here Rohan will now file a police complaint.

Anuj will now take the big leap and will sort the issue for Samar, Nandini and get Samar out of jail.

What more drama and dhamaka is awaited ahead, stay tuned for more exciting updates only on entertainment news website serialxpress.com