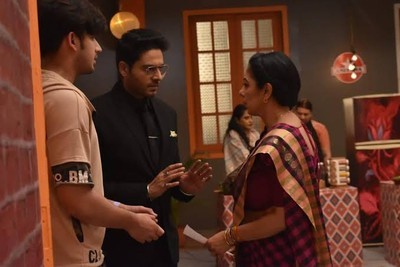 Anupama and Anuj are trying to make their project work well while here things are going hay way.

Samar comes with news of Nandini leaving for US and here they rush to stop her.

Samar and Nandini will be reunited and here Anupama thanks Anuj for the same.

Anupama and Anuj are happy while Vanraj fumes as how his kids have less trust in him than on Anuj.

While a major blunder awaits ahead for Anuj as Samar, Rohan had ugly clash and things will change.

Samar will end up hurting Rohan and rushes to seek help from Anuj and this time it is getting troublesome.

What more drama and dhamaka is awaited ahead and how will Anupama, Anuj handle this situation.