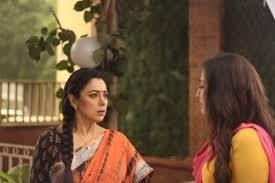 Star Plus show Anupamaa is revolving around the dirty fight between Rohan and Samar.

It seems that Rohan is getting obsessed with Nandini and wants her back in his life at any cost.

He will hence threaten Nandini that he will kill Samar if she doesn’t go back to US as fast as possible.

Nandini will panic and not think twice before leaving Ahmadabad and Samar forever.

However Anupamaa will intervene and will try to get to the core of the problem,

Soon Anupamaa will take help from Anuj to teach Rohan a lesson.

Anuj will be seen beating up Rohan in a hero style and hence Samar and Nandini will become his fan.

Samar will start calling Anuj as Super hero that will irk Vanraj.

Anuj will easily become a father figure in Samar’s life and this will irk Vanraj once again.

Anupamaa: Pakhi last warning to Vanraj before walking away

Anupamaa: Devika gets angry with Anuj for hiring Kavya Star...

Anupamaa: Anupamaa and Kavya new alliance Star Plus show An...

Anupamaa: Vanraj cafe shut down Star Plus show Anupamaa is ...