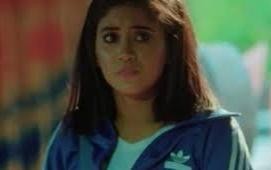 It was earlier seen that Kartik made sure that Sirat doesn’t compromise on her career. He motivated her to start her boxing career again and also told her that the family would take care of the kids.

In upcoming episodes Kartik will soon face a major accident and will be hospitalized.

He will be in a critical state and will fight the battle of his life.

Meanwhile, unaware of the tragedy, Sirat goes for her boxing match.

Kartik gets injured as he falls on heavy gym equipment getting him hurt internally.

A source from the show revealed that there will be a lot of tension, drama and stress for the viewers.

The hospital sequence will be longer one as the team has been shooting for the same for 3-4 days.