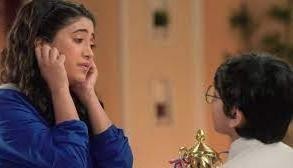 Star Plus show Yeh Rishta Kya Kehlata Hai is one of the best and most successful shows.

It was earlier seen that Kartik and Sirat will unknowingly break Kairav’s heart by not going to his award function.

Kairav will be very angry with Kartik and Sirat and will decide not to talk to them at all.

This will break Sirat’s heart as Kairav means the world to him.

Sirat and Kartik will hence come up with a plan to win his forgiveness.

Kartik and Sirat will get the video of the award function where Kairav is getting the award and will gets lots of applauds from his teachers and friends.

Later Kartik and Sirat will organsie a small family party to make sure that Kairav feel special.

Both Kartik and Sirat will make a promise to Kairav that they will never let him down in future.

Will Kairav be able to forgive Sirat and Kartik or not?