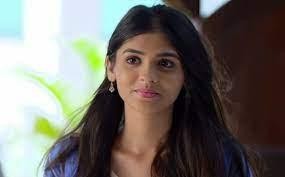 Star Plus show Yeh Rishta Kya Kehlata Hai is the longest running show on the channel.

The show has been keeping its audience hooked since the past 12 years and the latest it was in the news regarding the exit of the leads of the show Shivangi Joshi and Mohsin Khan aka Sirat and Kartik.

We have exclusive reported that Shivangi and Moshin will shoot for their final episode on 8th of October but the makers are yet to confirm the rumours.

Post the lead's exit news, there has been a lot of news about actors being approached to play the protagonist in the popular serial.

Actress Pranali Singh Rathod has been approached to play lead in the show. Pranali was earlier seen playing Suman in &TV’s Jaat Na Poocho Prem Ki, and is currently winning love for her character Saudamini in Colors show Barrister Babu.

When contacted Pranali confirmed the news, "Yes I have been approached for the show but nothing is confirmed yet."