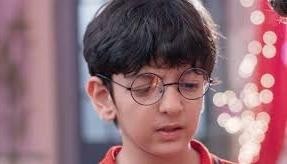 Star Plus show Yeh Rishta Kya Kehlata Hai is revolving around Kairav and his expectation from Sirat.

It was earlier seen that Kairav loves Sirat a lot and can do anything for her and vice versa.

However things will start changing as Sirat will soon give birth to her own daughter Aarohi and goes back to her boxing career.

Due to that she will not be able to give the time to Kairav that she us to give earlier.

Things will soon turn sour between Kairav and Sirat and this will leave bitterness in their relationship.

If rumours are be believed Kairav will be the reason behind Kartik and Sirat’s untimely death in the show.

Will Kairav be able to deal with the thought of losing his parents or not?

Will Kairav be able to forgive himself for the death of his parents or not?

YRKKH: Security beefed up in sets of show ensure no leak out of pictures