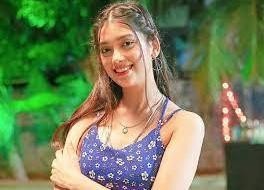 Star Plus show Yeh Rishta Kya Kehlata Hai is the longest and most successful show on the channel.

If rumours are to be believed Sirat will soon give birth to a young girl and exit the show.

The show will soon have a generation leap and it is heard that Veera fame Digangana Suryavanshi has been approached to be a part of the show.

Digangana started her career at the age of 7 as a child artist and later went on to be part of many successful shows.

She has even been part of Colors most popular reality show Bigg Boss but was not able to continue as she was had to leave the show mid way due to health issues.

The channel has still not confirmed the news of Digangana being final for the role.

YRKKH: Kairav change of heart hates Sirat for having another baby

MHRW: Abhishek gets shot in front of Pallavi battle between life & death ahead