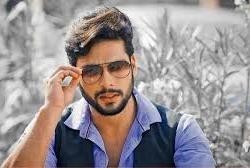 Star Plus show Mehndi Hai Rachne Waali is revolving around a new entry in Raghav’s life.

It seems that Raghav’s diamond business is facing one problem after another as an honest police officer is behind his back.

Raghav will be asking all his men to stay underground for sometime as he doesn’t want anyone to fall in trouble due to the new inspector Laxmi Singh.

Raghav will come to know from his sources that Laxmi is a very dangerous police officer and has been trained by the best in the business.

This will come as a huge blow for Raghav as his whole business is around diamond smuggling.

Raghav is not just hiding from the police but also being extra careful as Pallavi is also keeping close watch on his activities.

Will Raghav be able to save his business from Laxmi Singh or not?