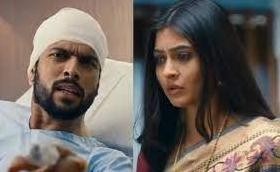 It seems that Raghav will finally get his conscious back after a major accident.

Raghav will play a prank on Pallavi that he has suffered a memory loss and will scare her.

He will threaten the doctor to join his prank and make Pallavi believe that he has suffered a partial memory loss.

Pallavi will be shattered as she will not be able to believe her hears that Raghav has forgotten her completely and will be shedding tears of sorrow.

However her tears will soon turn into anger as she will overhear Raghav telling the doctors to further act and make Pallavi believe that he has suffered a memory loss.

The moment Pallavi will realise that Raghav is playing a prank on her she will make his life miserable.