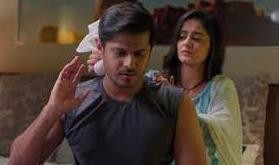 It seems that Sai is disappointed with Virat as he has hidden about his true relationship with Pakhi from her as well as the entire family.

She will soon expose him in front of his own family and demands an explanation.

Virat will stand silent as he will not be able to justify his move.

Later Sai will demand a divorce from Virat as she doesn’t want to continue her marriage with such a person who has relationship with someone else.

There dirty allegations of Sai will leave Virat angry.

However Pakhi will be delighted as finally Virat and Sai’s relationship is coming to an end.

GHKKPM: Sai distances herself from Virat due to shocking revelation