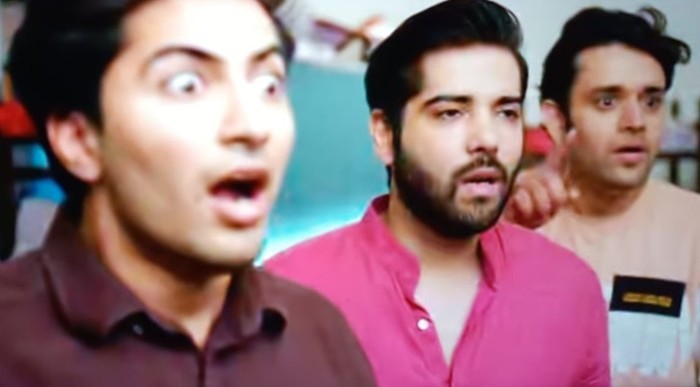 Star plus serial Pandya Store has upgraded its drama game by introducing the celebratory track where Pandya's have secured back their rightful properties by fighting with a good backed-up plan with Sweta.

Even Sweta made a last minute change to make everything spontaneous and unpredictable but despite the dangerous new plan to make everyone scared due to firing, Dhara successfully exchanged the papers.

Rishita at last during the fight and pushed conserve to get a hold of the papers unlike what Sweta planned.

Before Pandya's could really celebrate their victory they had another mission to conquer that was to get Pandya Store saved.

Sweta openly treated Dhara that she'll knock off the building of Pandya Store.

Dhara and the Pandyas reaches the spot of Bulldozer to give a reply of equal intensity to Sweta.

Pandya Store: EMOTIONAL! Dhaara kneel down to plead for support from family