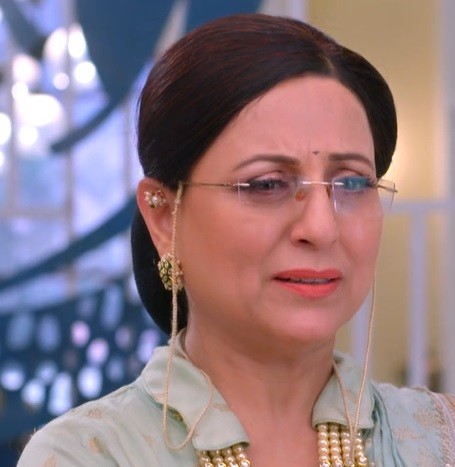 The story line of Ghum Hai Kisi Ke Pyaar Mein has intriguing twists and turns along with high voltage drama coming along.

Earlier, the drama got heated up as Karishma gets exposed of having an extra marital affair.

Later as the show proceeds, it turns out Karishma lost her baby with Mohit.

Sai comes for rescue and the entire truth is now out that Karishma is innocent.

Recently, a sag of happiness has arrived for the Chauhans as Karishma is back because of Sai (Ayesha Singh) and Virat (Neil Bhatt).

Further, Bhavani kaku gets back to her work as she gets ready to stand on the election.

But as it turns out the society knows everything about Chauhan Niwas.

Bhavani Kaku is seen to stand to talk about politics where her family politics seems to receive popularity.

The crowd is seen talking about Pakhi and her infertility along with karishma’s drastic step of leaving Mohit.

Seems like Bhavani kaku is going to receive dirt only.

GHKKPM: Sayi babble out truth amidst Pakhi leaving no scope for Virat