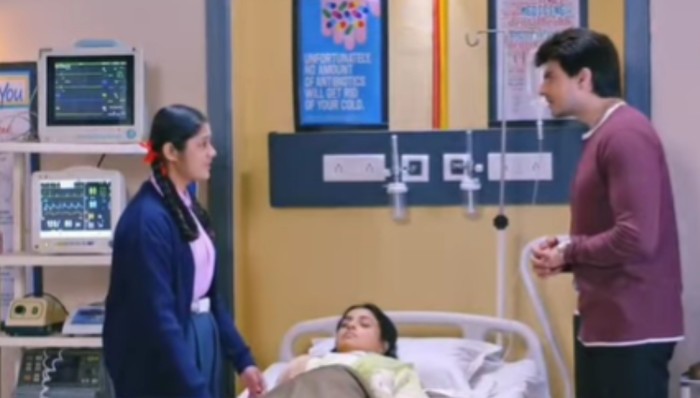 In the upcoming episode of Dheere Dheere Se now the makers of the show will put along one twist after another which will make Bhavna and Raghav's life more happening.

It will be very clearly seen that Raghav will take up Bhavna to the hospital and make the arrangements of Bhavna's treatment.

This will leave Bhavna with the heavy hospital bill which will just not be bearable for Bhavna to pay.

At the same time when Bhavna's daughter will be all tensed up and getting strokes of tension of bill settlement, Raghav will appear out of no where.

Raghav will pay up the hospital bill which will put Bhavna in a great tension and also make Bhavna indebted towards Raghav.

As soon as Bhavna will get all well Bhavna will make sure that Bhavna will have a word with Raghav so as how to return money to Raghav.

It will be now interesting to watch as in how will Raghav assure Bhavna that there is no need to take any tension.

Will this bill mark as the starting point of Bhavna and Raghav getting familiar towards each other?

Stay tuned with me to get some more out of the box updates on Raghav and Bhavna's this pair.