Fanaa Ishq Mein Marjawan: Agasthya has a Break Down Pakhi comes to the rescue (Upcoming Twist) 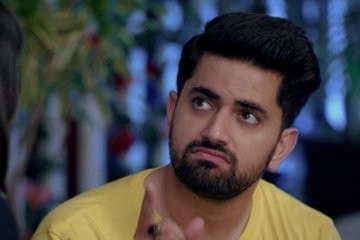 Fanaa Ishq Mein Marjawan: Agasthya has a Break Down Pakhi comes to the rescue

In the Past episodes We have seen that Meera has other plans for Agasthya and Bulbul. She decides to send Agasthya to the Mental Asylum while she decides to Kill Bulbul after the matter is settled.

The Story takes an interesting turn when Bulbul confesses to Dadi that she is Pakhi and tells her about her intentions.

Unfortunately Meera has intentions to hurt Agasthya and she troubles him by tying him to a chair and by setting the room on Fire.

Pakhi regrets for her Past behavior with Agasthya

Agasthya breaks down seeing the Fire around him as he remembers about the Past cruel incident of his Life.

Pakhi's Heart breaks seeing him in such a condition and runs to rescue him from the pain that he is going through.

She hugs him and brings him out from it. She feels ashamed and regrets as she remember what she has done with him in the Past.

Stay Tuned to Serialxpress.Com as We bring you with the latest and exciting updates of your favorite shows.