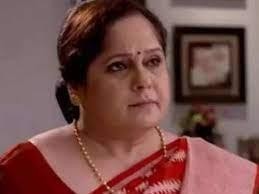 Star Plus show Anupamaa is one of the most popular shows of the channel.

Actress Madhavi Gogate who played the character of Anupamaa's mother in the show is no more.

The actress breathed her last in a Mumbai hospital yesterday (21 November).

The actress passed away due to COVID.

Reports claim that she was admitted in Seven Hills Hospital.

Her health condition worsened which resulted in her death.

Recently, Madhavi was replaced in the show due to her health issues.

Savita Prabhune was roped in to play Anupamaa mother in the show.

We would like to offer our heartfelt condolences to Gogate Family.

Anupamaa: Kavya cheap tricks gets exposed by Baa Star Plus ...

Anupamaa: Kavya and Anupamaa at war Star Plus show Anupamaa...