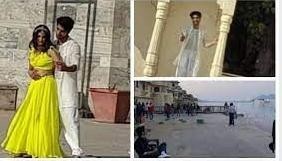 Star Plus show Yeh Rishta Kya Kehlata Hai is revolving around the huge generation leap in the show.

It has been confirmed that the show will undergo a leap, and Mohsin Khan and Shivangi Joshi will be leaving the show.

The show will unfold a new story with grown-up Akshara, Kairav, and Aarohi.

It was earlier updated that Pranali Rathod has been roped in for the show as Akshara, Harshad Chopda to play Kairav and Karishma Sawant to play Aarohi in the show post the leap.

We are all excited to witness the grand leap, and you all?

Currently, the makers have been leading to the end of Kartik and Sirat's love story.

YRKKH: Akshu questions Sirat for being a step mother