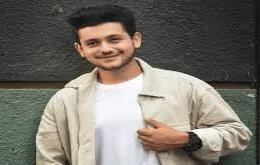 Ghum Hai Kisi Ke Pyaar Mein is going to witness lots of twist and turns in the upcoming episode.

It was earlier seen that Mohit aka Adish Vaidya is the biggest support system of Sai in Chavan Nivas,

However if reports are to be believed Adish Vaidya is planning to quit the show as he is not happy with the screen space and the way his character is being developed.

If rumours are to be believed Mohit is planning to exit the show as he will be seen part of a reality show.

Adish not happy with screen space

He will be seen participating in Bigg Boss 3 Marathi.

Adish is a huge name in Marathi industry but it seems that the makers were not able to justify his character in the show and hence he made up his mind to leave the show.

GHKKPM: Samrat rebukes Pakhi for being compared with Virat