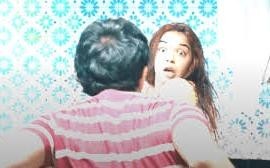 Star Plus show Pandya Stores is revolving around Dev and Shiva’s attempt to make a room for Dhara and Gautam.

It seems that Rishita comes up with new demands in the family.

She accuses Krish of invading her privacy and asks Dev to put Dhara and Gautam's room on hold and build a new bathroom for her.

However Dev makes a stern decision of building a new bedroom for Gautam and Dhara and warns Rishita to stop create a fuss about every minor inconvenience in the house.

Suman announces that the room will get built first and then there shall be a solution for the bathroom.

Stay tuned for more such updates.