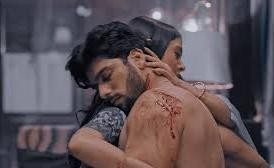 Star Plus show Mehndi Hai Rachne Waali is making a lot of head turns with his beautiful storyline.

It seems that Pallavi will plan a romantic night with Raghav as she has realised her love for him.

However their romantic night will soon turn into a terror as Raghav will get shot on his back by his enemy.

Pallavi will see Raghav in pool of blood and freaks out.

Pallavi will rush Raghav to hospital as gets tensed as she is once again in the same situation where she was many years back.

Pallavi cannot believe that Raghav’s life is in danger and will try her level best to save him at any cost.

Will Raghav be able to survive this attack or not?

MHRW: Raghav surrenders in police station to save Kirti’s life