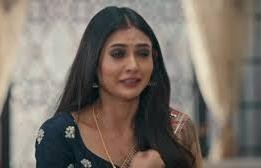 Star Plus show Mehndi Hai Rachne Waali is making a huge change in the storyline.

It seems that Pallavi will record Kirti’s confession and calls the police to arrest police.

Thought the cops will leave the house but Jaya will be disappointed by Pallavi’s act.

Jaya will be shocked that Pallavi wanted to ruin Kirti’s life by throwing her behind the bars.

Jaya will make it very clear that she will never forgive Pallavi for breaking her trust and harming her daughter.

Pallavi on the other hand will come to know that it was Raghav who stole the evidence and therefore gets pissed off with him.

Will Pallavi be able to prove Kirti guilty or not?