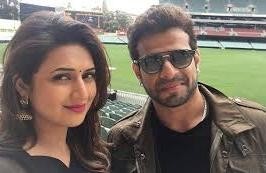 The famous Jodi shot to fame after starring together for many years in Star Plus’ most iconic show Yeh Hai Mohabbatein.

The latest buzz is that, as Bade Ache Lagte Hain recently completed 10 years, a season two of the show is on the cards.

Apparently, Karan Patel and Divyanka Tripathi have been roped in to play the lead couple on the show.

Well, this news is enough to create a huge buzz among the humongous fan following the show had.

Are you excited for Bade Ache Lagte Hain's Season 2?