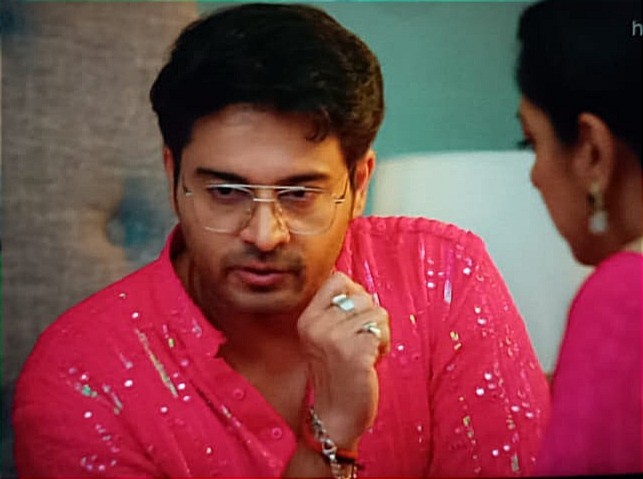 Anupama: Anuj and Anupama fighting hardest battle of their life

Star Plus serial Anupama is headed with a high-voltage drama with Anupama and Anuj's hardest phase of life fighting for custody of their daughter Choti-Anu.

Anupama and Anuj can't digest the groundbreaking truth revelation made by Maa-Yaa about her being Choti-Anu's biological mother.

Anuj and Anupama receive case papers by Maa-Yaa who was a claimed case on Kapadia's for custody of her daughter.

Anuj-Anupama knows if the case is dragged into Court they have high-time chances of losing due to Maa-Yaa being Choti-Anu's real Mother.

Anuj thus fearing such aftermath offers his business, properties and all his assets to Maa-Yaa as a compensation to leave their daughter and drop the legal suit.

Maa-Yaa shoots a video and is about to use it against him in court.

Will Anuj-Anupama lose their lovely daughter due to the arrival of the Biological mother Maya out of the blue?

Anupama: Maa-Yaa at Kapadia Mansion ready to reveal the secr...

Anupama: Maya kidnaps her daughter to torture Anuj and Anupa...

Anupama: The Anuj Kapadia fails to get a Lawyer!! Maya turns stronger opponent

Anupama: Lawyers refuse to take Anuj’s case as Maya is...

Anupama: Baa starts blaming herself as Anupama and Anuj lose...

Anupama: Anuj finds no detail on Maya gets helpless to lose ...

Anupama: Maya use Kavya against Anuj-Anupama strangely with hidden reasons

Anupama: Blackout in Anupama's life as Anuj's past relation with Maya reveal

Anupama: Little Anu kidnapped away in Anuj (Gaurav Khanna) a...