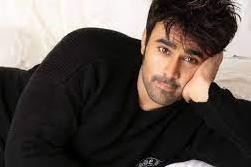 The entire nation has been shaken by the recent occurrence as Pearl V Puri has been arrested in rape charge.

The victim’s father has issued a statement, "I , Mr. Ashish A. Dubey, an advocate of the father of the 5-year-old girl in the Pearl V Puri case wants to issue an official statement on behalf of my client. The child who is 5 years old was in the custody of the mother and for 5 months father had no contact at all with the child. One day when the father went to school to pay her school fees the child came running to her father and said that she is scared and she wants to go with him. Seeing the fright on the child's face the father took her home. On reaching home the child narrated what happened to her. The father immediately called the police and after a medical examination of the child at Nair hospital, it was confirmed that the child speaks the truth that molestation has happened. The child named the accused with his screen name (Ragbir). The father does not watch TV serials so he did not know him at all, nor he was aware that Ragbir is the screen name of someone. After further investigation, it came to be known that Ragbir is the screen name of an actor and his actual name is Pearl Puri.

When pictures of different other actors were shown to the girl, the girl said no.

When Ragbir's (Pearl Puri) picture was shown the girl confirmed it was him.

Taiji afraid about herself does not allow for Abeer (Pearl V...

Badtameez Dil: New entry from Abeer and Meher' past

Badtameez Dil:Meher injured badly, Abheer try to save her life

PNMBD: Abhir and meher get closer day by day in Meher house

Badtameez Dil Abeer challenging Meher to throw her out of company