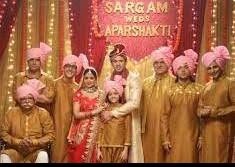 Just like last year the lockdown has once again had a huge impact on the television industry as many shows are being discontinued abruptly.

It was earlier revealed that Sony TV's Story 9 Months Ki is all set to go off-air abruptly.

And now it seems another Sony TV show Sargam Ke Sade Sati might also bear the brunt of COVID-19 pandemic and may go off-air soon.

Sargam Ki Sade Saati is a show based on a girl who after falling in love with a middle-class man, gets to know that his family has no women and has 7 1⁄2 men.

Actors disappointed over sudden pull off

The show a sequel of Saas Bina Sasural.

The show went on-air only over a couple of months ago in February.