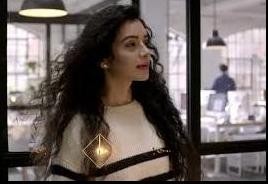 Story 9 Months Ki began airing in November 2020 is said to be pulled off-air owing to the lockdown.

Last year, when the first lockdown happened, we saw many shows going off-air abruptly and this was indeed a shock to one and all where people associated to those shows were suddenly jobless.

This year, the lockdown is back and while several shows have decided to adapt and relocate to other cities owing to the restrictions, it seems some other shows are facing a similar treatment from last year.

Huge blow to cast and crew

The entire team is already informed about the channel and productions’ mutual decision of shutting the show.

Story 9 Months Ki: Alia finds a donor for her baby, Sarangdhar to take his decision

Story 9 Months Ki: Alia and Sarangdhar comes closer as Alia offers a lift to him

Story 9 Months Ki: Alia praises Sarangdhar on his poetry and...

Story 9 months Ki: Sarangdhar Alia get together to celebrate...