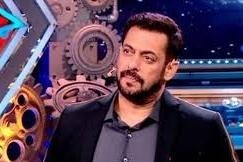 Colors reality show Bigg Boss season 14 is one of the most controversial shows of all time in the history of Indian television.

It seems that Salman will once again take Abhinav’s class for his laid back attitude and trying to find out the easiest way out.

On the other hand ace producer Ekta Kapoor will enter the house as a guest and gives few tasks to the contestant.

While the former combination will be enacting the sacrificing task situation between Pavitra and Eijaz.

This will be taken in complete fun by everyone involved.

It seems that Ekta Kapoor has the immunity stone and she will be choosing one contestant who gets it.

Ekta impressed with efforts of contestants

We wish best of luck to all the contestants.