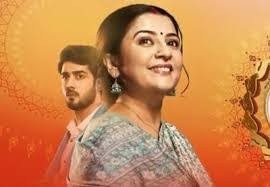 Kaku learns about Rohan's fifty lakh debt and how Rohan is tensed over it.

While Kaku wants to help her son and goes to withdraw money but her card gets blocked.

Kaku is left with no way but she decides to find some job to help Rohan and learns about a marathon.

Kaku tries to take part in it and cross all boundaries to win that prize money by which she can help Rohan.

Rohan on other hand will decline to take Kaku's help and asks her to stay out of his life.

What more drama and twist is awaited ahead and will Kaku be able to do anything for Rohan.