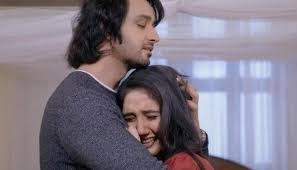 Minni and Neil has taken decision to fight out this battle of custody and not let Isha take away his daughter.

Minni turns support for Neil and tells him to atleast fight it out so that he may not regret that he didn't made efforts.

Minni and Neil are ready to take this battle and here Isha is shocked as she learns about it.

Minni and Isha's face off

Isha is shocked to know that Neil had filed custody case against her and thus Isha decides to visit Minni's house.

Here Minni and Isha had encounter and warns each other, Minni tells Isha that she can't snatch Neil's daughter just because she is a mother.

Stay tuned for more exciting updates of the upcoming episodes only on entertainment news website serialxpress.com