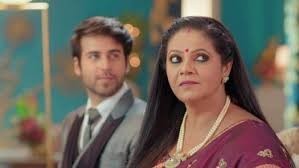 Meenakshi is super irked as she sees how Kunal is going against her just like Abeer.

Meenakshi can't let Kunal go out of her hand and she can't afford it, here Mishti calls Ketki and Meenakshi takes the call.

Meenakshi does everything to manipulate Mishti and thus Mishti speaks in favor of Meenakshi.

Abeer and Kuhu are shocked and here Kuhu blames Mishti for always ruining best moments of her life.

Kuhu and Mishti had clash and here Meenakshi is getting successful, stay tuned for more exciting updates of the upcoming episodes only on entertainment news website serialxpress.com