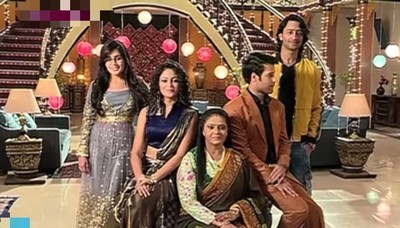 Abeer is shocked to hear his father Mehul's truth and how he had played game with him and his family.

Abeer kicks Mehul out of his life, Abeer tells Mehul that he had trusted him and it was his biggest mistake.

Mehul still tries his best to manipulate Abeer but of no use, here Meenakshi gives its all credit to Mishti.

Meenakshi hugs Mishti and here a perfect family picture is created, Abeer and Kunal also had a union.

Here Meenakshi's love for Mishti gets Abeer happy and everything seems to work well, is it really getting well or Meenakshi is still playing her game against Mishti.