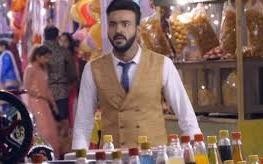 The upcoming episodes of Star Plus’ daily popular show Yeh Hai Mohabbatein will witness some major twist and turns.

It was earlier seen that Raman (Chaitanya Choudary) and Ishita (Divyanka Tripathi) are facing one problem after another.

It seems that Neeti will fall unconscious and hence Ishita will take her back to Bhalla house to investigate about her whereabouts.

Arijit will get scared that Ishita might connect with Neeti and will come to know that he is behind all the drama and tension in Bhalla house.

Arijit will hence plan to kidnap Neeti from Bhalla house.

However this is not going to be easy as Ishita has her eye on Neeti all the time.

Will Ishita be able to expose Arijit or not?