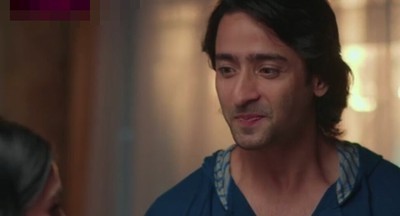 Abeer is happy to be with Mishti in Mumbai and everything was going on well.

Abeer plans a special romantic surprise for Mishti but Jasmeet Chachi turns hurdle in it.

Jasmeet Chachi turns gooseberry as here she tries to stay with Mishti at every step and doesn't leave her.

Abeer and Mishti are irked as they wants to spend some time together and thus ultimately Abeer manages to send away Jasmeet Chachi.

Abeer and Mishti gets stuck in washroom and shares romantic moments of love and gets closer.

Abeer and Mishti's this romantic date truth will be learned by Kunal and he will be super irked by it.