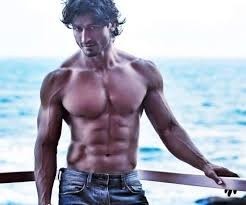 Sushant Singh Rajput's death has started a debate over mental health and nepotism in Bollywood.

Many actors stood up against the same and shared their experiences and what Bollywood actually do.

While here an outside Star Vidyut Jammwal has now opened about it and that too in respect of an incident.

Hotstar has made announcement to release big films on OTT like Akshay Kumar's Bhuj: The Pride of India.

Vidyut comes out and speaks as how he has not been invited in the live organised by Hotstar with all the stars of films.

Vidyut Jammwal's film Khuda Haafiz is also releasing in the same platform but gets no mention and he has not been invited to be part of Live.

Vidyut notifies that this is nepotism which an outsider faces in Bollywood, stay tuned for more exciting updates only on entertainment news website serialxpress.com