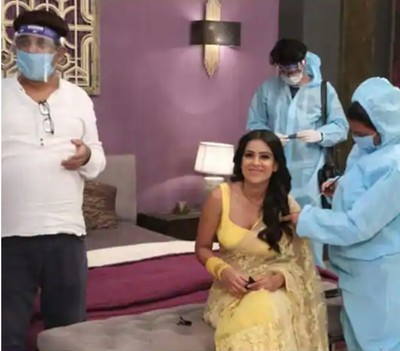 Maharashtra government has allowed television shoots and wants to get the lifeline of Mumbai back.

The lifeline of Mumbai lies in the television and film industry which is the major source of economy as well.

While now the television shoots are getting back on track with the new normal theme.

Nia Sharma and other cast has started shooting for the finale episode of Naagin 4.

Ekta Kapoor has announced that Naagin 4 is going off air and she will soon return back with Naagin 5.

The cast Nia Sharma, Vijayendra Kumeria and Rashami Desai has to shoot the last few episodes which will mark the finale.

Nia Sharma shares picture on social media as how she is back on sets and is shocked to see new normal as everyone is wearing masks and PPE kits.