Anupama: Vanraj all hopes crushes as Anupama decided to move out (Future story) 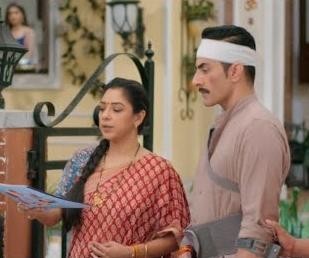 Anupama: Vanraj all hopes crushes as Anupama decided to move out

As per latest track of show Kainjal wanted Anupama to free herself from this relation while Anupama decided the same.

However where further Anupama decided that she will break all ties with Vanraj thus leaving him forever handing all rights to Kavya.

Anupama is tired of this messy relation where she also proposes divorce papers to Vanraj to break this unwanted relation.

While this will turn out be biggest fear for Shah family as no one ever thought that Anupama can take such big stand.